Mzee Jomo Kenyatta was the first president of Kenya. What kind of president was he? What is his legacy?

I have been very surprised by certain things I have learnt about the topic of Jomo Kenyatta. For instance, I have discovered that if you write a positive article about him, Google automatically gives it a “negative adjustment”.

By “negative adjustment”, I mean that the Google algorithm automatically pushes your article, and other articles on your blog, several pages to the back, in each search term where your articles appear through Google search.

On the other hand, if you write a negative article about him, Google automatically gives it a “positive adjustment”.

By “positive adjustment”, I mean that the Google algorithm automatically pushes your article, and other articles on your blog, a few steps towards the top, in each search term where your articles appear through Google search.

I have also noticed this kind of rigging based on Jomo Kenyatta’s portrayal on articles/tweets by other search engines and also by Facebook and Twitter.

In fact, I have come to realize that Jomo Kenyatta is the most hated Kenyan - dead or alive - by the people who own/control the above platforms ( simply, THE GLOBAL BIGSHOTS ).

The question is, why do they hate him so? Yet the man has been dead for more than 40 years?

The effect of these search engine/social media platforms’ adjustments - or rigging - of search algorithms regarding the topic of Jomo Kenyatta is that negative articles about him are more prominent online.

I have also discovered that all top people working in organisations/companies based in Kenya, that are owned or funded by THE GLOBAL BIGSHOTS, all dislike, or outrightly hate Jomo Kenyatta.

That cannot be a coincidence. Remember, the man died way back in 1978.

This has really made me think that there is a lot most of us do not know about Mzee Kenyatta. I know for a fact that THE GLOBAL BIGSHOTS absolutely hate any African nationalist.

It would be a great service to younger Kenyans if journalists and any other interested persons who were adults in the 1960s can write about how Kenya was then, and compare to current state of the country.

They should just tell facts, without fear or favour. They should then post the articles online and send the links to Kenyan blogs/forums/social media pages (because you cannot depend on search engines to feature such an article prominently). Hopefully, one such link can be posted here.

Some of the topics that might give a picture of how Kenya was run in the 1960s and 70s are:

2. If an ordinary Kenyan (e.g. small scale farmer, small business owner, nurse, bus driver, watchman) made education for their children their number 1 priority, would they have been able to educate them to the highest levels possible? And what were the chances of getting jobs for such educated youngsters?

4. What was the rate of unemployment? Corruption?

Such an unadulterated article would make for interesting reading.

The only fact I know about Jomo Kenyatta that I know THE GLOBAL BIGSHOTS absolutely hated him for it, is his choice of personal doctor.

Interestingly, Daniel Arap Moi who was Mzee Kenyatta’s Vice President for most of his rule, and became Kenya’s president upon Mzee Kenyatta’s death, is not hated by THE GLOBAL BIGSHOTS.

I believe one reason for THE GLOBAL BIGSHOTS’ tolerance of Mzee Moi is because of his choice of personal doctor.

Can you guess why THE GLOBAL BIGSHOTS demanded Mzee Jomo Kenyatta’s face must be removed from the Kenyan currency, for them to support the 2010 constitution?

As to why THE GLOBAL BIGSHOTS still hate Mzee Kenyatta even though he has been dead for so long, I know why, but I will let the reader come to their own conclusions.
Top 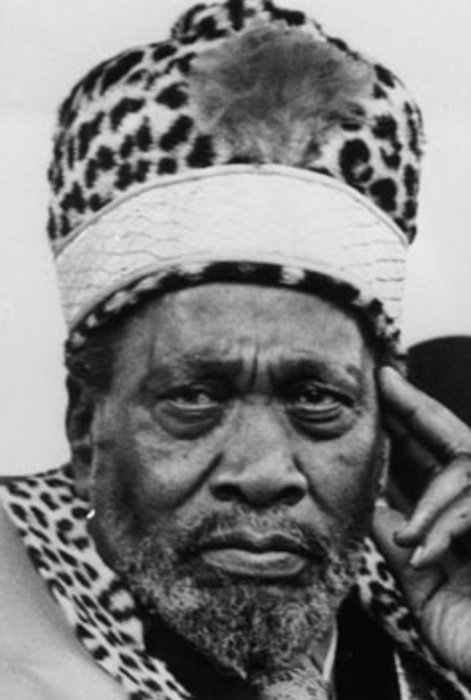 “Largely as a result of his policies, Kenya’s gross national product grew almost fivefold from 1971 to 1981, and its rate of economic growth was among the highest on the continent in the first two decades after independence…

“Kenyatta made Kenya the most stable black African country and one of the most economically dynamic.”
https://www.britannica.com/biography/Jomo-Kenyatta
Top

I started suspecting that there were people manipulating and changing Kenyan history when I read many articles online condemning Kenyatta for policies that he allegedly followed, yet those alleged policies would not have affected the authors of those articles, even if Kenyatta had actually enacted them, and the supposed “victims” of those policies had never complained about them.

Yet, the authors of these articles were not only angry at Kenyatta, they were actually very bitter at him. I started asking myself, how can a stranger be more bitter than the alleged aggrieved parties?

This is a very long and complex story, so I will only touch the surface.

Something many people do not know: THE GLOBAL BIGSHOTS have infinite resources and can - and do - fund people to conduct “research” to achieve a certain objective. After this “research” is done, then books will follow, based on the bogus “research”.

THE GLOBAL BIGSHOTS use their infinite resources to promote the books. Many online articles follow, based on the “facts” in those books.

That is how Kenyan history has been changed and replaced by BOGUS history.

NOTE: I am not saying Jomo Kenyatta was a saint. Far from it. But, if you view African history between 1963 - 1978 with unbiased lenses, you will realise that no African country did as well as Kenya did, and all this WITHOUT MINERALS.

A Kenyan who has been brainwashed about Mzee Kenyatta, will find excuses to attribute Kenya success during those years to some other people or some other factors, yet will not have any qualms in blaming anything negative that happened in Kenya during that time to Mzee Kenyatta.

What is THE GLOBAL BIGSHOTS’ motive in all these?

When you change a peoples’ history, you replace it with whatever you want. Consider the following:

- A Kenyan IT graduate is proud that the Electoral Commission’s servers are based abroad, yet will complain that he is not employed.
- An unemployed Kenyan is happy that the election ballots are printed abroad “to ensure fairness”…

From the above, you can see how THE GLOBAL BIGSHOTS have succeeded in lowering the average Kenyans’ reasoning ability.

The ultimate objective of THE GLOBAL BIGSHOTS’ activities in Kenya is to have their puppets rule the country. It is easier to achieve that when people are already brainwashed.
Top

The fact that the African leader who led his country to achieve the no.1 position in terms of stability and economic growth in the whole of Africa during his rule, is also the most hated African president by the people who control the internet, proves that THE GLOBAL BIGSHOTS absolutely hate Africans who, through their actions, prove that they truly love Africa.
Top

On October 21, 1952, Jomo Kenyatta was arrested on charges of having directed the Mau Mau movement. Despite government efforts to portray Kenyatta’s trial as a criminal case, it received worldwide publicity as a political proceeding. In April 1953 Kenyatta was sentenced to a seven-year imprisonment for “managing the Mau Mau terrorist organization.”

Kenyatta was released in August 1961, and, at the London Conference early in 1962, he negotiated the constitutional terms leading to Kenya’s independence. KANU won the pre-independence election in May 1963, forming a provisional government, and Kenya celebrated its independence on December 12, 1963, with Kenyatta as prime minister.”
britannica.com/biography/Jomo-Kenyatta

Like many Kenyans, I had no opinion about Mzee Jomo Kenyatta - he died so long ago. However, I was very surprised to note that, while Kenyans on the ground rarely talked about Mzee Kenyatta, online things were the opposite.

I noticed a lot of articles where he was mentioned, and at least 99% of the mentions were negative - which, of course, is not the case on the ground.

I also noticed that ALL Kenyans who were associated in some way with the foreign-funded "civil society”, viewed Mzee Kenyatta negatively. I also discovered that ALL Kenyans who were praised/won awards/had positive articles written about them by Western media, ALL these Kenyans, without exception, if they ever gave a public opinion about Mzee Jomo Kenyatta, it was negative (or slander, when they quoted GLOBAL MAFIA’s media slandering him).

This cannot be a coincidence.

It can only mean that the powerful entities in the West who offer these awards/scholarships/own the media & social media & search engines, have the condition that you must be anti-Jomo Kenyatta for you to be considered a good Kenyan.

And it is very easy for them to know about a person’s opinion about these topic, and many more, without the person knowing, because of online footprints & backdoors in phones/computers etc.

Therefore, “they” consider Mzee Jomo Kenyatta to be the worst Kenyan in history.

Since the GLOBAL MAFIA considers someone to be a good African if he is a traitor to his people, it therefore follows that Mzee Jomo Kenyatta is the ultimate Kenyan patriot.
Top

First Prime Minister and President of Kenya, Mzee Jomo Kenyatta: “My leadership is not unto darkness and death [as claimed by the prosecution during his trial in 1952], but it is to light and prosperity.”
Top
Post Reply
7 posts • Page 1 of 1