Pro-Ruto bloggers are fend secret GoK information by Mossad - that is MANIPULATED to fit Mossad agenda - though they (bloggers) most likely believe the information they receive is from Ruto supporters working in government.

Same vetting exercise should be extended to people working for other prominent persons identified already as Mossad-Kenyans. 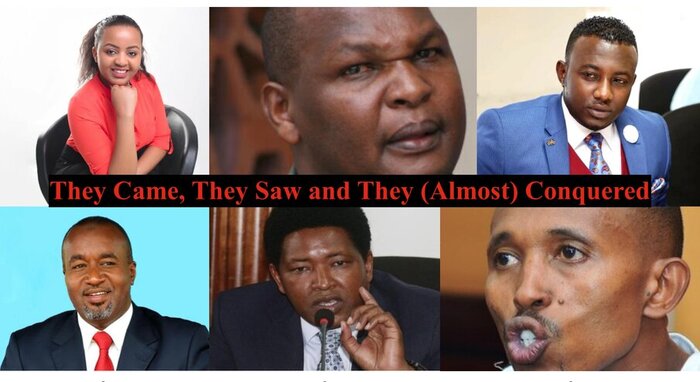 Two police officers were among seven people arrested in a siege at the home of Kapseret MP Oscar Sudi.

The officers attached to the presidential escort unit are said to have engaged their colleagues in a fight before they were detained. Their guns and ammunition were seized in the operation…

The officers from the president’s team were with the MP at the time of the raid…Such a team guard the president and deputy president with their families.

Three armed presidential security men were found at the home of Kapsaret MP Oscar Sudi during a raid by police sent to arrest the legislator over alleged crimes of hate speech and incitement.

It's not clear what the three officers attached to President Kenyatta's security unit were doing at Sudi's home.

Police Commander in Uasin Gishu Johnstone Ipara who led the operation at Sudi’s home has confirmed…Ipara said that immediately they gained entry, shots were fired from inside the compound.

A GSU officer John Muiruri was injured with a panga on his right-hand thumb in the process of gaining entry.

The shots fired from Sudi’s home, apparently by the Deputy President’s escort unit were definitely meant to act as the signal for youth that had been mobilised around the home to attack the police.

The police would naturally have defended themselves, and a massacre would have ensued. This would have ignited large scale ethnic conflict, that would have spread beyond Uasin Gishu county.

That was the evil plot. Luckily, it failed.

As long as there are foreign spies embedded into DP Ruto - and he has no clue about it - these plots to destabilise Kenya will continue.

Farouk Kibet - a foreign-born spy - has been top aide to Ruto for more than 10 years. How many other spies has he succeeded to embed into Ruto, such that Ruto is completely surrounded by foreign spies?

And these spies are under strict orders to use their access to the DP to destabilise Kenya (without the DPs knowledge).

NOTE: If DP Ruto wants to go somewhere, it is his aides who pass the message to the drivers and bodyguards. When the aide is a foreign spy…

It is very likely that it is one of the foreign spies embedded into Ruto who sent the DP official bodyguards to MP Sudi’s home. Very dangerous situation.

All aides/workers at DP Ruto’s homes, offices, farms need to be vetted by intelligence officers urgently, before it is too late.
Top

The image below shows a person identified by the police as a serious criminal, and the same person hobnobbing with the Deputy President William Ruto, at the latter’s official residence, less than 1 year later.

Her story last year was captured here and here.

She completely refused to cooperate with the police, and went as far as to contact Human Rights organisations, claiming her life was in danger.

Finally, she hired the most shadowy lawyer in Kenya, went to court…I suppose the matter is dragging in court.

This is what I believe happened: DP William Ruto’s aide, “Farouk Kibet”, used this “private detective” to run dirty errands for him. She did Farouk’s illegal jobs, believing she was doing it for GoK.

Hence her confusion when she was declared WANTED by DCI for the criminal activities she did for Farouk.

It is Farouk and his associates (also foreign spies embedded into Ruto), who pressured her to behave the way she did, else, their cover would have been blown.

About the “private detective” meeting DP Ruto recently: I believe Farouk & associates organised the meeting. It is a common Mossad tactic, where they have to reassure clueless people they use in their schemes that all is well.

Technically, Farouk & associates are running a parallel government in Kenya. Being an aide to the Deputy President has enabled him to create a very functional parallel government, because he can also provide police cars, VIP police guards, take people to protected government facilities…to convince anyone doubting about their credentials that they are working for the government.

In fact, I believe “Farouk Kibet” is behind the so-called Kilimani Cartels. These cartels are very important to Mossad because they create CONFUSION.

No wonder when the police went to arrest an MP - who is associated with Kilimani Cartels - on Friday night, one of the persons who confronted them in that MPs house is a well known figure among the Kilimani Cartels. And DP elite guards in the house shot at the police (post above). What were they doing there?

Time Not on Kenya’s Side

Ordinarily, when a country is found spying on another country, they automatically stop the activity. In this case, it is not even spying, it is sabotage of Kenya. And the country responsible has refused to stop, even after being found out.

GoK needs to do the following: First, work towards stopping Kenyans from working for Farouk and associates, without knowing they are working for foreign spies. How to do that?

1. Start a police investigation on Farouk.

2. Convince at least 1 major media to have the following headline “DP Ruto Aide Farouk Kibet Being Investigated for Spying” (or similar headline).

This will indicate to the Kenyans working for him that he is not what they thought he was. This will free these Kenyans from his grip. The police would then be able to interrogate these Kenyans, and use that information to repair some of the damage done to the nation by the foreign power through their spies.

NOTE: The problem of these spies embedded into Kenya society - especially that of Farouk - cannot be solved under the radar. IMPOSSIBLE. Kenyans must know about it. That is the only way of stopping them from recruiting more Kenyans into their nefarious schemes. 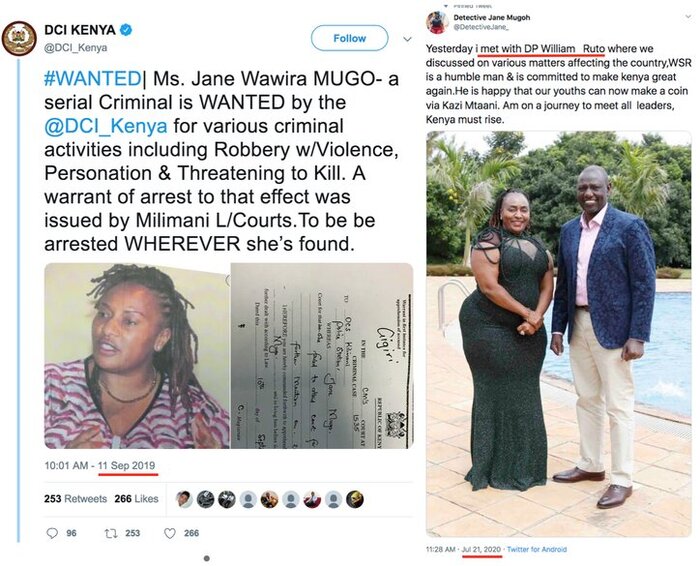 Kapseret MP Oscar Sudi was a struggling matatu tout in Eldoret, before he met Farouk Kibet. With limited education, the best he could have hoped to achieve in life was to become a bus driver, or maybe own a matatu.

After meeting Farouk Kibet, Sudi’s life changed completely. Farouk took Sudi’s hand and guided him to become a multimillionaire and an MP.

How could Sudi imagine that the kind, friendly, but extremely secretive Farouk was helping him as part of a grand conspiracy for Farouk’s employers to eventually conquer and colonise Kenya?

Now, Farouk’s employers are demanding Sudi do them a big favour - start ethnic violence in Eldoret. Will Sudi do it?

His job has been to pick up select hungry, greedy people from across Kenya - eg Sudi, Nairobi Governor Mike Sonko, “businessman” Don Bosco Gichana & many others - introduce them to illegal schemes that make them millionaires overnight, and then use these compromised Kenyans to achieve their political agenda in the country.

Although Farouk’s employers have near-infinite money, and could make their Kenyan targets millionaires by funding them through legitimate businesses, they would never do that, because they need their targets to have dirt, plenty of dirt, for blackmail purposes, anytime they try to fall out of line. 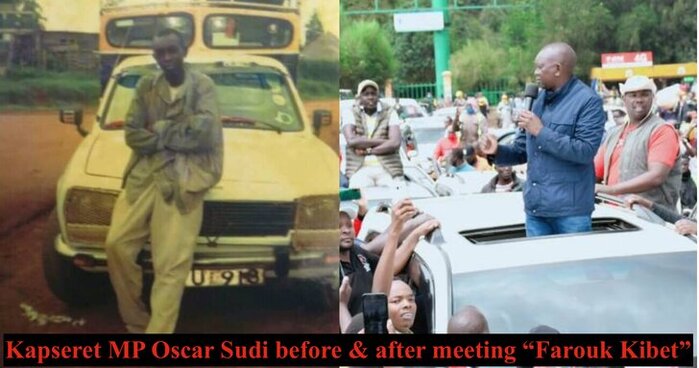 He was sent to Kenya on a mission to:

(a) Create a successful criminal underworld in Nairobi; and
(b) Use the underworld connections to create a parallel government in Kenya.

All went as planned. Farouk created a successful, shadowy underworld in Nairobi, known by the public as Kilimani Cartels.

Many members of the cartel have gone on to occupy important political positions.

However, just before the ultimate mission - the takeover of the government - could succeed, Farouk Kibet was outed as a foreign spy.

He asked his protégés - MPs Johanna Ng’eno and Oscar Sudi - to quickly plan a repeat of 2007/2008 ethnic violence.

What will Farouk Kibet do next?