TangaTanga have been celebrating over a video allegedly showing PORK being heckled. I cannot link the video here because very abusive language is used. However, I noticed something very unusual regarding the leading heckler, the woman followed by the camera for more than a minute (woman in photo below).

Even though the camera follows her for more than a minute, not once is her face captured. It is clear that the cameraman and the woman had planned this in advance.

How did they know the president would pass there at that exact time?

Although her face is not shown, her voice and walking style made me wonder where else I had seen her…And voila! It was during heckling of PM Raila Odinga at Burma market, Nairobi, in January this year.

An IMPOSTOR leading other IMPOSTORS to heckle leaders, videotape it, then publicise it, to show how other leaders are disliked, and how DP is liked.

Considering the unprintable insults she used against PORK, she needs to be arrested & charged in court.

Same IMPOSTOR leading heckling in Burma, while dressed as Nyama Choma lady, and also leading heckling in Gatundu, while posing as local businesswoman, and leading team of IMPOSTOR hecklers at both places…These are the tactics IMPOSTORS have been using to spread their PSYOPS in Kenya. 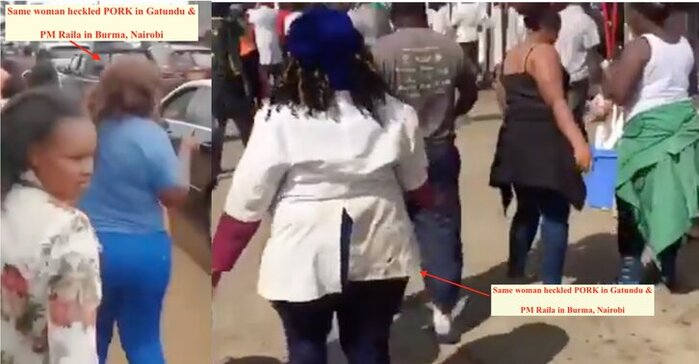 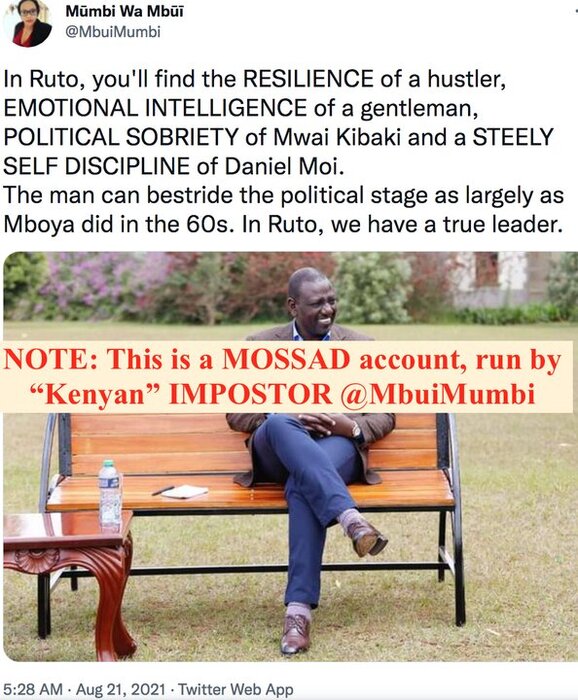 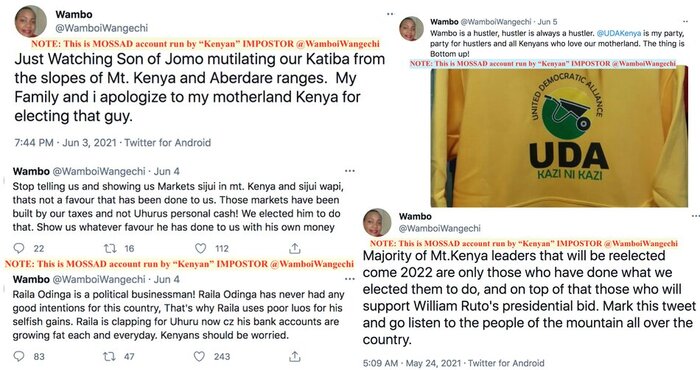