Death is so cruel. Less than a year ago, DeMathew was one of the singers during burial service for the most popular Kenyan musician ever, Joseph Kamaru. Who would have guessed that less than 1 year later DeMathew would be no more?

DeMathew’s death is much more shocking because unlike Kamaru - who had been in and out of hospital for several months, and was almost 80 - Demathew is much younger, and of course, died from a road accident.

May the good Lord give strength to his family at this trying time. May John DeMathew RIP. 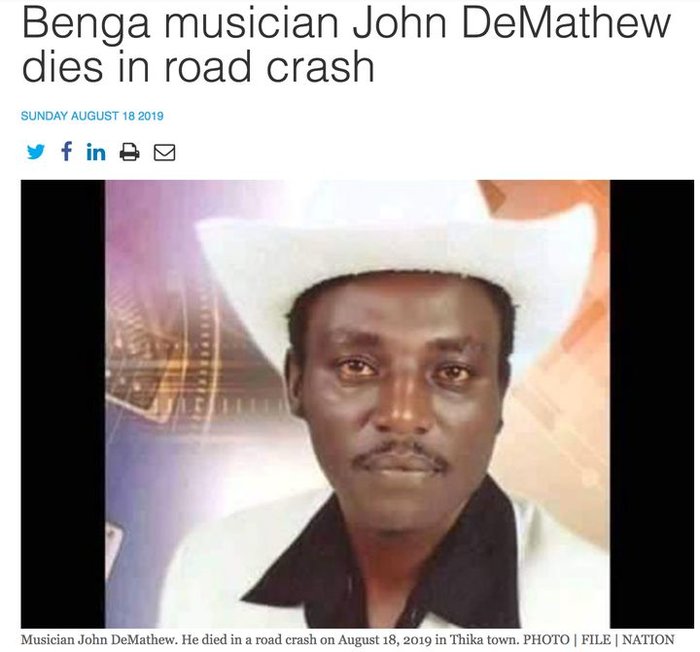 What was John De'Mathew’s most popular song? That is debatable. What is not up for debate is his first hit - Peris Nduku. He sang this song way back in the late 1980s when he was just known as John Ndemethiu, from Kirwara, Gatanga. (NB: The video for the song was made in the the year 200()? Not sure when I first saw it, but it is definitely not more than 15 years ago.)

Coincidentally, this song - his first hit - is about a car accident!

“President Kenyatta mourns Benga musician John DeMatthew…“As a nation, we were privileged to have had such a brilliant artiste who played a big role in promoting our African cultural heritage through his music. Indeed, we have lost an icon in the music industry. DeMathew championed and played a big role in preserving our cultural heritage,” the President said.” https://www.kbc.co.ke/president-kenyatt ... dematthew/ 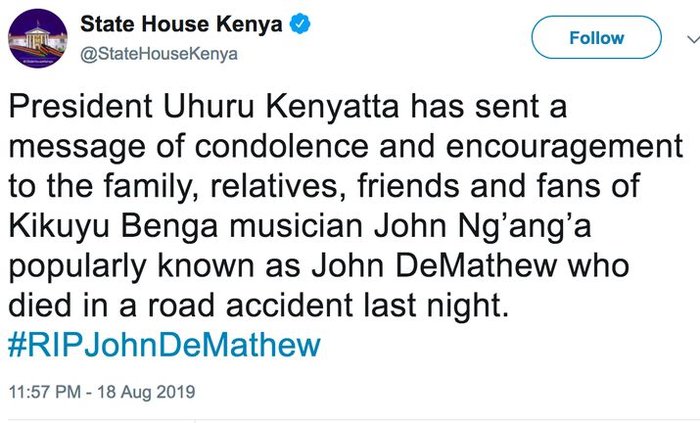 Ndemethiu is a legend. Only one Kenyan artiste has sold more records/cassettes/CDs than Ndemethiu - the late Joseph Kamaru.
Top 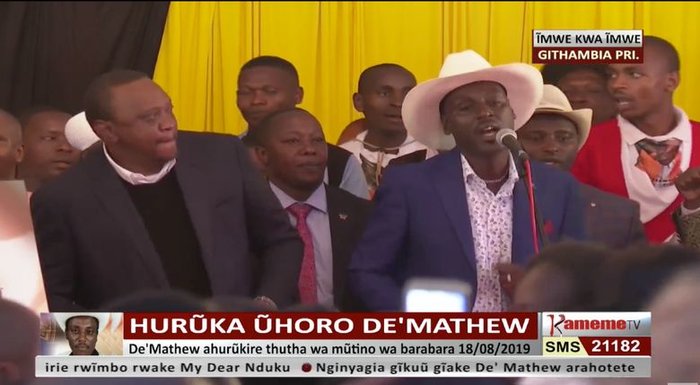 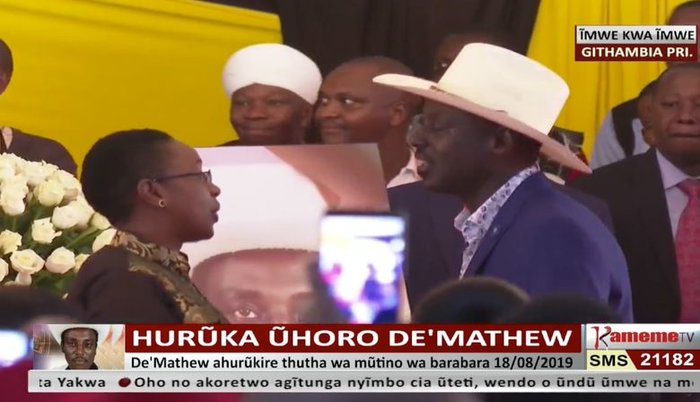 At the back (wearing white turban) is Gospel singer Hezeh Ndung’u.
Top 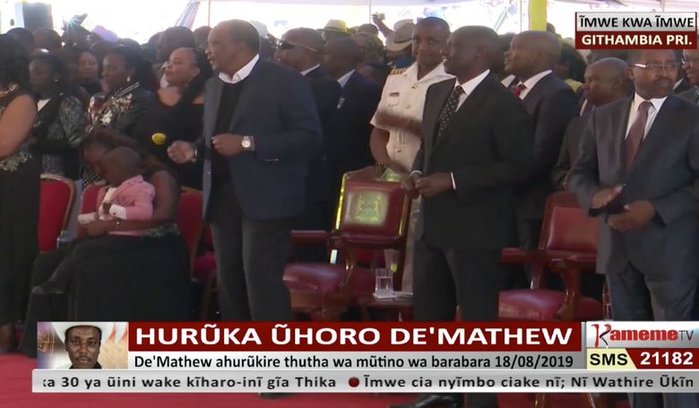