What a journey the FALASHA-IMPOSTORS have made! It is not a small task to have your blood brother/sister claiming to belong to a certain tribe in one region/country, while you claim to belong to an entirely different tribe in another region/country. And when you meet accidentally, you don’t even acknowledge each other’s presence.

It requires a lot of discipline.

Brief History of the FALASHAS

1. They live(d) in North Western Ethiopia.

2. They refer to themselves as Beta Israel. They do not like the name "FALASHA" - which is Amharic for "exiles" or "landless ones”.

3. The first Ethiopian Jews who settled in Israel in the modern times came in 1934.

4. Between the years 1963 and 1975, a relatively small group of Beta Israel emigrated to Israel.

5. In 1973, Israel's Chief Rabbi, Ovadia Yosef, recognized the Falashas as "full" Jews, thereby enabling them to benefit from the "right of return”.

6. After the Chief Rabbi’s declaration that FALASHAS were full Jews, MOSSAD went to work. It started helping FALASHAS to go to Israel secretly, via other countries.

7. In 1984, the Sudanese government, following the intervention of the United States, allowed the emigration of 7,200 Beta Israel refugees to Europe who immediately flew from there to Israel - known as Operation Moses ("The Lion of Judah's Cub”).

8. The Ethiopian Beta Israel community in Israel today comprises more than 121,000 people. This is a little more than 1 percent of the Israeli population.

I have never read or heard about the FALASHAS bothering anyone in Ethiopia, ever. Therefore, they are like anyone else.

However, as can be seen from above, MOSSAD played a major role to take many FALASHAS to Israel. This means that these immigrants saw MOSSAD as saviours. Not surprisingly, MOSSAD took advantage of this trust to recruit a significant number of the FALASHAS to be trained as spies.

That is how some ended up in Kenya.

The FALASHA IMPOSTORS in Kenya are estimated to be between 1,000-5,000 members. They include:

These 1,000-5,000 IMPOSTORS do various SABOTAGE activities under the radar, undetected by Kenyans. The jobs they do include:

1. Attending - in large numbers - political rallies of certain politicians, and cheering, to make them appear to be popular on the ground;

2. Attending - in few numbers - political rallies of certain politicians, and heckling, to make them appear to be unpopular on the ground;

5. Popularising certain Kenyans, on the ground and online;

6. Slandering certain Kenyans, on the ground and online; 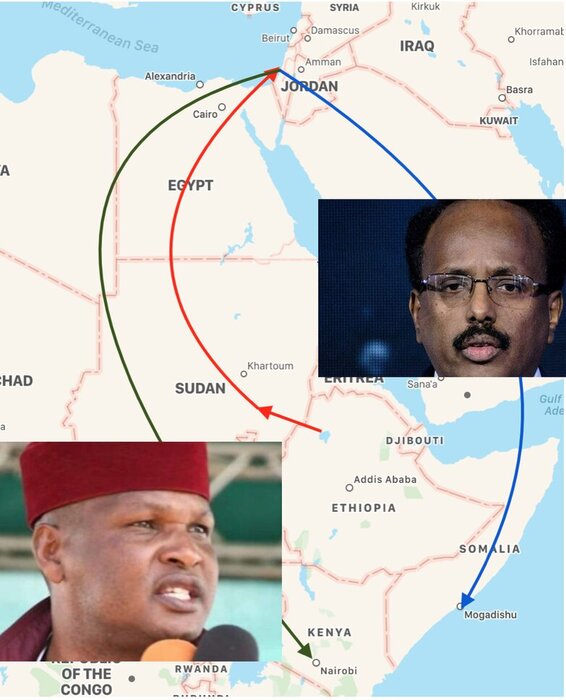