FACT: George Floyd was murdered. You do not rest your knee on someone’s neck for 8 minutes unless you want to kill him.

However, the demos in US and around the globe, the rioting and looting in American cities is not happening because of the tragic death of Mr Floyd. The murder of George Floyd is the excuse the people behind the chaos are using to play their politics.

The demos, arson and looting is not random. It is planned.


The U.S. Bureau of Alcohol, Tobacco, Firearms and Explosives is offering a $5,000 reward for information leading to the identity of a man they believe set several arson fires in St. Paul during the civil unrest that followed the death of George Floyd in Minneapolis police custody.”
https://www.twincities.com/2020/06/07/a ... oyd-death/

We have seen videos of strategically placed bricks along demo routes. That takes money and careful planning to execute.


Trump's Attacks on Antifa Are Attacks on Jews…As the ADL reported, conspiracies about George Soros funding the unrest abound on the anti-Semitic American far-right…

Mark Bray, a Rutgers University historian and author of ANTIFA: An Anti-Fascist Handbook, has noted that…the conspiracy theory about Antifa activists being paid by Soros rests on the racist notion that black people could never organize themselves without a puppet master behind them, and who else to pull those strings but International Jewry…
haaretz.com/us-news/.premium-attacks-on-antifa-are-attacks-on-jews-1.8902330

The entities that fund ANTIFA are behind what is happening in US and around the world, regarding the so-called Black Lives Matter (BLM). Ironically, the funders of ANTIFA and BLM consider Black people to be sub-human.

The funders of ANTIFA and BLM believe an African is only useful if he can be used as a tool for the DEEP STATE to achieve its agenda.

Not surprisingly, therefore, even in New York, with so many billionaires, the number of Africans/African Americans owning successful, big businesses in the Big Apple is ZERO. Yet, this is a city with millions of Black residents.

This is because a very successful black business owner will be independent, and will make many other blacks independent - of the DEEP STATE. According to the DEEP STATE, that is unacceptable.

The DEEP STATE is using the death of Floyd to attempt to overthrow the US President Donald Trump.

However, they will fail, as I will show shortly.

1. The DEEP STATE would collapse without the BIG TECH like Google, FaceBook, Amazon, Apple, Twitter etc. maintaining their monopolies, and continuing to operate, for all practical purposes, as if they are above the law.

NOTE: It has been accepted by most people that phone/computer cameras will be operated remotely by shadowy characters, unless you block the cameras physically. Same with microphone.

However, if governments, Congress, or major security agencies REALLY wanted to make the phone/computer cameras and microphones UN-HACKABLE, they would do it very easily.

Companies would be compelled to make microphones/cameras that can NEVER operate unless a physical switch on the device is ON, else, mandatory minimum 10 year jail term for CEOs/directors of offending companies.

Other laws could also be enacted to deal with RICO-like behaviour of the BIGTECH, if authorities wanted.

However, the DEEP STATE, naturally, is against any such moves against their allies, the BIGTECH.

It is publicly known that President Trump and the BIGTECH are not friends. His government had just started to make BIGTECH be forced to follow the law like everyone else. Then suddenly, the riots started.

I do not believe in such coincidences. It is all planned.

2. The Presidential elections are in November. It would take a miracle for Trump to lose.

The demos, the chaos, is all meant to make Trump look bad, so he may lose some support, and hopefully - according to the DEEP STATE - lose in November.

If indeed the anger is about policemen attacking black men, then shouldn’t the anger be directed at the agencies that train/supervise the police? And that is the State Governments, not the White House?

Furthermore, if the matter of police brutality is so widespread that it needs Federal input, the demonstrators should be camping at Congress, not the White House.

Therefore it is all politics.

I believe the funders/organisers of ANTIFA and BLM are strategically placing crowds very close to the White House, so they can keep pushing, and hope that some security officers will overreact, so they can milk the unfortunate incident for all its worth.

1. The people demonstrating are anti-Trump and they didn’t vote for him in the previous election. Therefore, the demos do not affect his election chances at all.

2. The final objective of funders of ANTIFA and BLM - the DEEP STATE - is to cause anarchy, and use the ensuing chaos to bring “revolution” to America.

We Africans, and other people of African descent, should start coming out and condemning the funders of BLM and ANTIFA as anti-African/anti-Black. They need to be isolated and condemned.

Let the DEEP STATE fight their battles without inciting clueless poor Africans to fight for them. 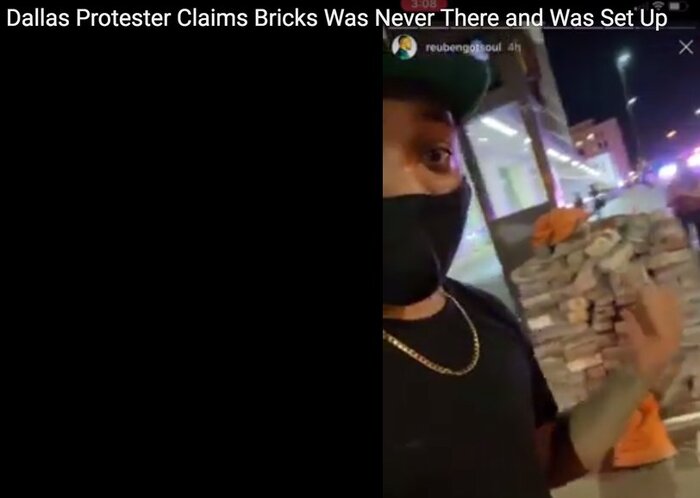 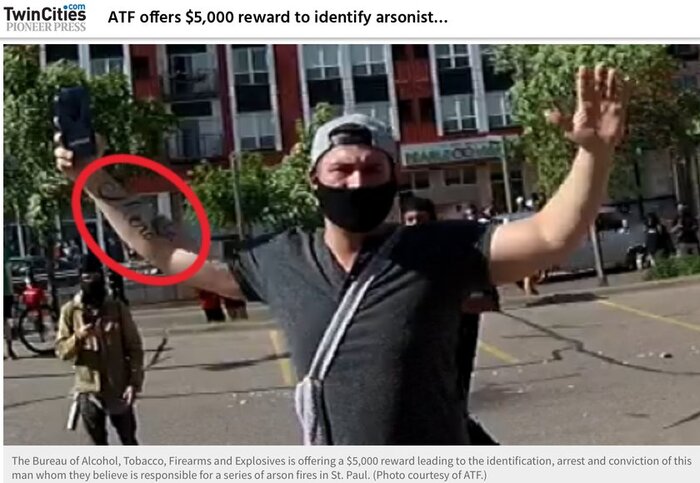 Plenty of identifying information on this arsonist.

If they don’t arrest him within the next few hours, it will mean only one thing - He was ferried from far, far away to St Paul Minnesota, committed the arsons, and was ferried back to that far, far away place he had come from.
Top

A $5,000 reward has been offered for information leading to the positive identification and arrest of a man allegedly responsible for setting fire to a school and several other public buildings in St. Paul, Minnesota, shortly after George Floyd death in neighbouring Minneapolis.

This video captures the arson suspect, moments after setting fire to a school.
Top
Post Reply
3 posts • Page 1 of 1