“Australia’s most senior Catholic cleric, Cardinal George Pell, has been convicted of sexually abusing two choirboys while he was archbishop of Melbourne…

George Pell served as the inaugural Prefect of the [Vatican]Secretariat for the Economy between 2014 and 2019; and was a Member of the Council of Cardinal Advisers between 2013 and 2018. https://en.wikipedia.org/wiki/George_Pell

The Secretariat for the Economy is a dicastery of the Roman Curia with authority over all economic activities of the Holy See and the Vatican City State.
https://en.wikipedia.org/wiki/Secretari ... he_Economy

Because of having control over Catholic Church finances globally, Cardinal Pell was considered to be the 3rd most powerful person in the Church. “George Pell: From Catholic Church's 'third in command' to child sex charges”: https://www.sbs.com.au/news/george-pell ... ex-charges

Cardinal Pell’s Jewish lawyer, Robert Richter, downplayed the seriousness of the crimes alleged to have been committed by his client, something that did not go down well with the victims’ families.

It is safe to assume that (((they))) knew about Pell’s crimes even before he was promoted to the Vatican. Did (((they))) play any role in his promotion? And if they did, how far up does their infiltration of the Catholic Church go?

Jesus addressing Jews: "You are of your father the devil, and your will is to do your father's desires. He was a murderer from the beginning, and does not stand in the truth, because there is no truth in him. When he lies, he speaks out of his own character, for he is a liar and the father of lies."
John 8:44

If you read about the state of Christianity a thousand years ago, it is clear that Christians of those days did not consider Jews to be the “chosen” people of God. So, when did Christians start referring to Jews as the “chosen”?

What is the role of satan in all this?
Top

I am no theologian, but nevertheless, I will try to analyse the concept that Jews could be God’s “chosen”.

To state that Jews are God’s “chosen” means that a Jew could be a malicious murderer and child molester and still be considered by God to be better than the non-Jews.

That would imply that God is bad. And since we know that God is good, then it means that He wouldn’t discriminate against any of His children. And His children is all humanity.

Therefore, God judges us by our actions. No community is special in the eyes of God.

Indeed, the only way a person could be special in the eyes of God would be to be without sin.

Jews have forcefully monopolised media and other medium of communication so that they can use this monopoly to push their agenda - the manipulation of the non-Jews into believing Jews are God’s “chosen”, and can therefore commit terrorism and other criminal acts without being questioned.

Very clever, the Jews. Manipulating Gentiles so that Gentiles can focus on going to hell thinking that is heaven is no easy task.
Top 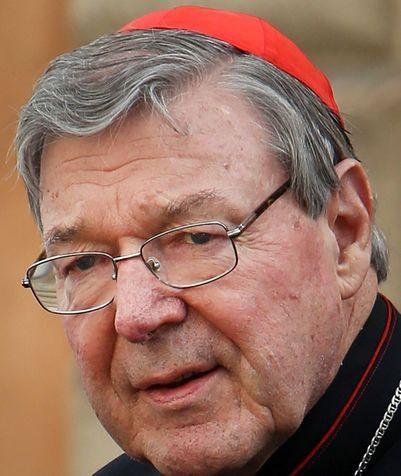 Christianity: What is going on?
Top

Cardinal Pell was very transparent and denied the allegations. Id honestly like to hear the evidence brought against him before I make any kind of judgment. I do believe that Cardinal McCormick in the US is entirely guilty of the crimes brought against him, and the recent scandal in Argentina I believe is also true, but I always felt unsure about the Pell one precisely because there just wasnt anything brought up.
Top
Post Reply
5 posts • Page 1 of 1