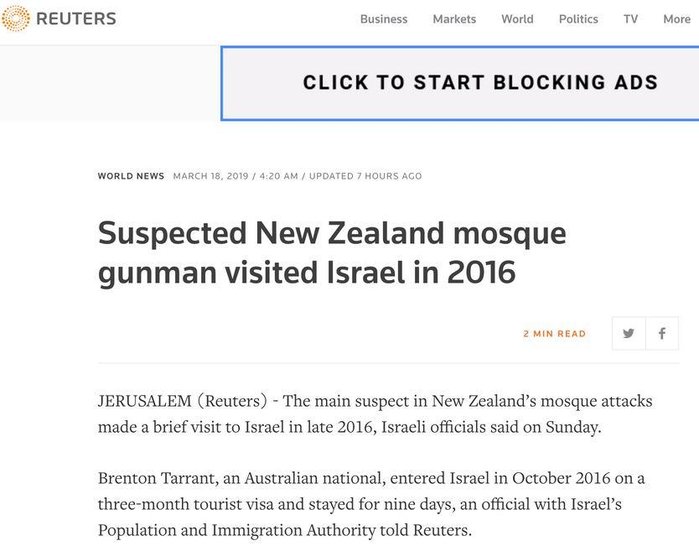 Brenton Tarrant, the gunman in Friday's attacks in Christchurch, New Zealand in which 50 people were killed, entered Israel in October 2016 on a three-month tourist visa.