All Africans Must Vote for Trump Re-election

All Africans Must Vote for Trump Re-election

US elections affect every person on earth, regardless of the country you live in.

Re-election of President Donald Trump is of great benefit to Africa, as I will show shortly.

If you are an African immigrant to the US, and you also love the African country you came from, please vote for Trump.

There are very many reasons why Trump re-election is very good for Africa, but I will only give a summary.

There is what is called the DEEP STATE. These are very powerful people who run the world from the shadows.

The DEEP STATE is behind destabilisation of African countries. Since they own the international media, their evil activities in Africa remain unreported.

If Biden is elected, the DEEP STATE will become even more powerful. Their destabilisation tactics in Africa will become more severe. They will sponsor wars between several African countries.

Africa will therefore suffer greatly if Biden is elected.

If Trump is re-elected, this guarantees that the DEEP STATE will not become more powerful than they already are. Actually, they would become weakened. Therefore, election of Trump will benefit Africa.

It is only Trump who can push for these companies to be charged with Anti-Trust violations. This is good for Africa.

In summary: US entities that are anti-Africa, also happen to be anti-Trump and pro-Biden.

NB: It is also important to vote Republican for Congress/Senate, so they can assist President Trump pass crucial legislation to weaken the DEEP STATE.

If you are an American voter, and you come from Africa, remember to vote for President Donald Trump, for the sake of your motherland. Also, encourage your family and friends to vote for him. 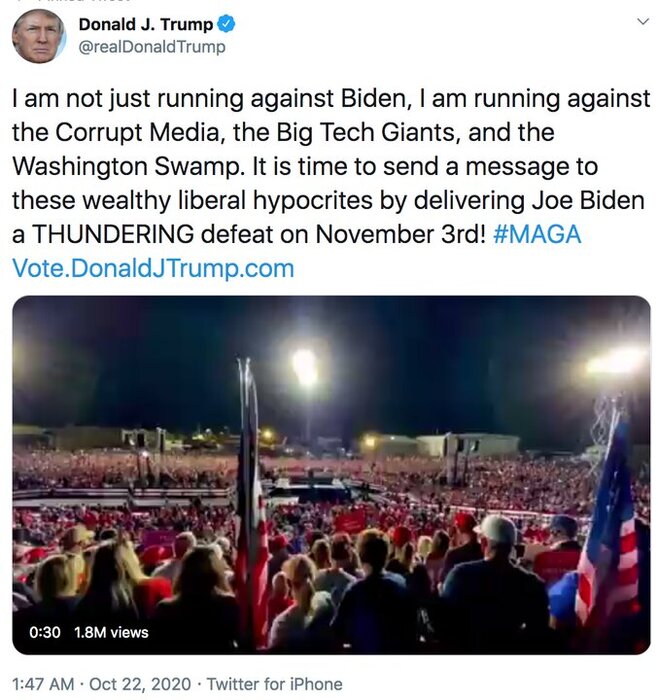