Democratic Republic of the Congo (DRC), especially the eastern region, has been unstable for a very long time. The reason for the instability in the eastern part of the country is because the region is blessed with trillions of dollars in mineral wealth.

This wealth has attracted all sorts of vultures keen on having a piece of the action, through cunning and violence.

I suggest several steps to be followed so that the people of the DRC can have peace and be able to exploit their mineral wealth for the good of the Congolese.

NOTE: Being rich in minerals means nothing if they cannot be mined now for the benefit of the Congolese. Minerals that are valuable now may not have any value in 50 years time (excluding the perennially valuable Gold & a few others).

Unfortunately, mining in Eastern DRC has mostly been for the benefit of foreign oligarchs. The situation in that region is just perfect for the foreign oligarchs - Plenty of “rebel groups”. Lack of peace means there’s absence of a well established government bureaucracy in place, therefore its not possible to know exactly who is mining what.

And there’s no full-blown war that would threaten the mining operations.

These foreign oligarchs wants eastern DRC to remain in this unstable state in perpetuity. They have stolen from the Congo for so long, till they now believe its their right to steal the country’s wealth for ever.

This fact is key to solving Congo’s stability problem.

The DRC government should identify 2 airports away from the east of the country to act as special centres for THOROUGH airplane inspection for all planes (fixed wing/helicopters) flying abroad from ALL airports in the eastern provinces, from Ituri Province to Katanga Province, inclusive. This should also apply to all planes flying to airports in the eastern provinces from abroad.

Even if helicopters don’t need an airport to land, they must also be subjected to the same rule. If the range does not allow the helicopter pilot to follow the rule, then he shouldn’t fly it to the Eastern DRC.

Due to the inconveniences involved, this should be done for only 1 year. That will be enough time to resolve the problems in the east.

This will greatly reduce weapon smuggling into the eastern provinces (inbound planes), and theft of Congo minerals (outbound planes). Therefore, the militias operating in these regions will be greatly weakened.

These special centres for airplane inspection should be based at airports near the centre of the country eg. at Mbuji-Mayi & Kisangani airports.

How it would work: If a plane is flying from, say, Nairobi, or Kampala, or Johannesburg, or Tel Aviv, or Brussels…to Goma, then it must land at either Kisangani or Mbuji-Mayi airports for special inspection, before proceeding to Goma. The reverse applies when the plane is flying from Goma to another country.

People are inconvenienced at airports due to the enhanced inspections due to global terrorism. Most people support these inspections because they know it is for their own safety.

A similar situation applies here. Millions of Congolese have died in the past 2 decades due to wars and effects of war like disease, malnutrition and rape. Any efforts to bring peace to the country should be supported, unless someone is benefiting from the wars in the eastern provinces.

Some cunning criminals may try to go round these rules by flying from the east to other destinations in the country, then flying out of the country a few days later, without undergoing the enhanced inspection.

To counter that, have a rule that any plane that has travelled to the east during the past 12 months must undergo the special inspection before flying out of the country, even if it is flying from Kinshasa. The reverse should also apply.

Foreign NGO workers whose work cannot be delegated eg. doctors and nurses, should be exempted from this rule.

STEP III: The government of DRC to liaise with the neighbouring countries in the east with a view to forming a committee tasked with solving the issue of militias in the Eastern DRC.

This is a crucial step because many of these militias belong in communities that live across DRC and neighbouring countries. This should involve representatives from DRC, Rwanda, Burundi, Uganda, Tanzania and Kenya.

The best strategy here should be to use the carrot ie. Rebel leaders to be promised total amnesty from future prosecution, salary for life, and relocation for self and family to another African country.

The junior rebels to be promised total amnesty from future prosecution, and they be helped to live normal lives. Some might be taken back to schools, others offered to be trained in various trades.

The militants who have participated in deliberate attack or rape of civilians must be exempted from these deals.

If the rebels reject these peace overtures, then the DRC government should work with friendly countries and/or the African Union, with a view to fighting and defeating all the rebels groups.
Top

DRC President Félix Tshisekedi must be congratulated for trying to forge close ties with neighbouring countries because it is now possible to work out how to resolve the problems in the east of the country.

However, the previous President Joseph Kabila cannot be blamed for not attempting to have close ties with Congo’s neighbours to the east. This is because, soon after Mr Kabila became president, the international Mafia started a rumour that he was not Congolese, that he was actually Rwandese. Or Tanzanian.

The purpose of that rumour was to make Mr Kabila not to attempt to become close with the neighbours to the east since that would have had devastating political consequences for him at home.

During unguarded moments, members of the international Mafia have let it slip that they use these kind of underground tactics to stay on top of the food chain globally.
Top

If you were President Tshisekedi, and the Congolese JUDAS offered to support you, what would you do?
Top 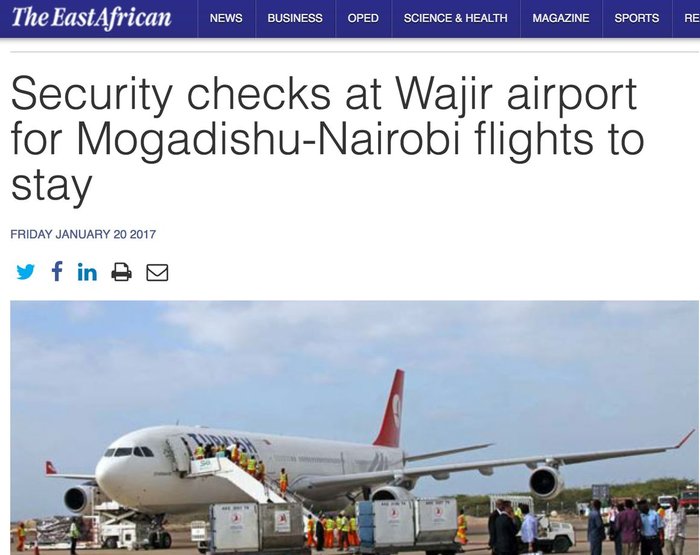 The issue of rerouting aircraft to specific airports for inspection has been done in Africa before.

“Currently, all flights leaving the Somalia capital for Kenya must stop at the Wajir Airport for security inspection.”
https://www.theeastafrican.co.ke/news/e ... index.html
Top 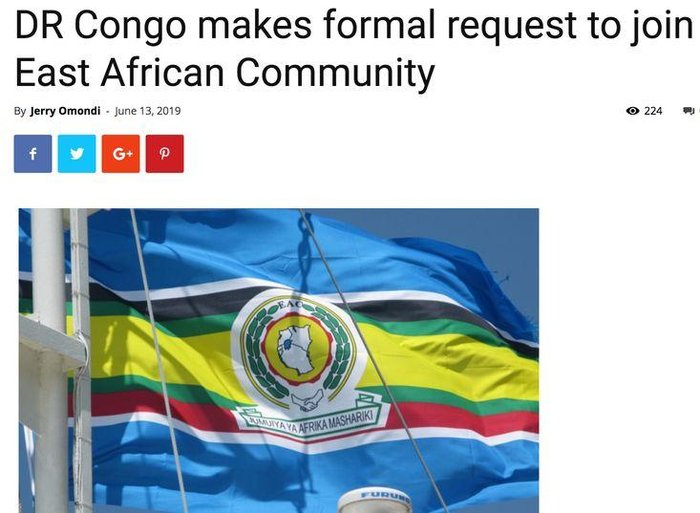 “The Democratic Republic of Congo has expressed interest in joining the East African Community (EAC).

This is good for the DRC and the EAC countries too.

One thing is certain regarding this new development: The people who have been exploiting DRC for so long are not happy about DRC applying to join EAC.
Top
Post Reply
5 posts • Page 1 of 1