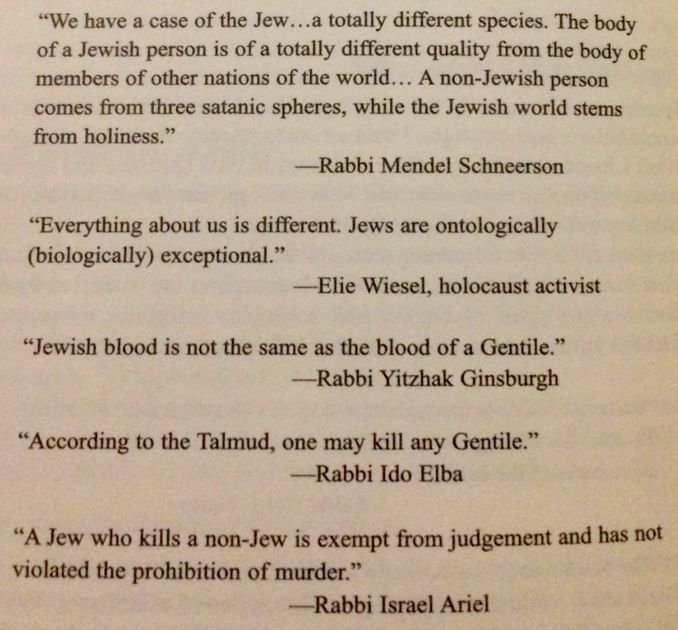 “The war in Iraq was conceived by 25 neoconservative intellectuals, most of them Jewish…

“…a new belief emerged: the belief in war against Iraq. That ardent faith was disseminated by a small group of 25 or 30 neoconservatives, almost all of them Jewish…a partial list: Richard Perle, Paul Wolfowitz, Douglas Feith, William Kristol, Eliot Abrams, Charles Krauthammer.”
https://www.haaretz.com/1.4764706
Top 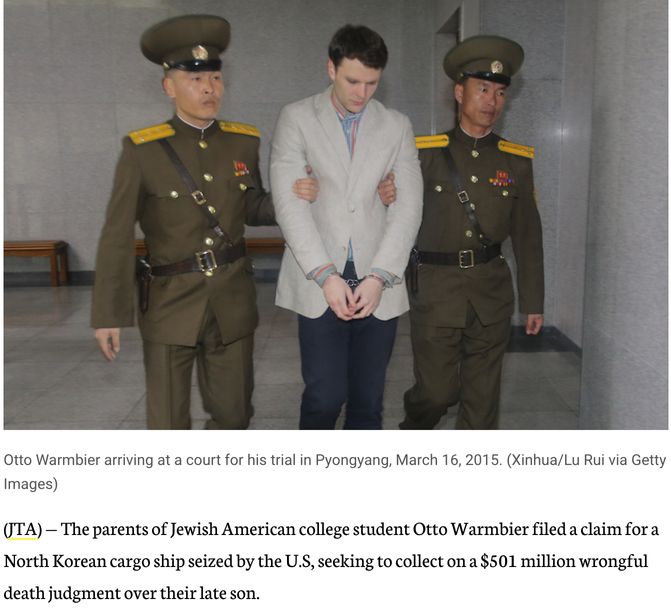 “The parents of Jewish American college student Otto Warmbier filed a claim for a North Korean cargo ship seized by the U.S, seeking to collect on a $501 million wrongful death judgment over their late son.”
https://www.jta.org/quick-reads/parents ... cargo-ship
Top 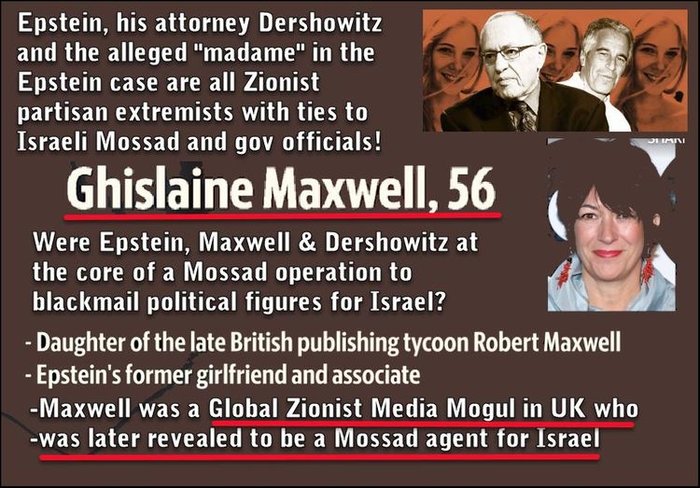 “Jeffrey Edward Epstein is an American financier and registered sex offender…Epstein was born in 1953 in Brooklyn, New York to a Jewish family.”
https://en.wikipedia.org/wiki/Jeffrey_Epstein
Top 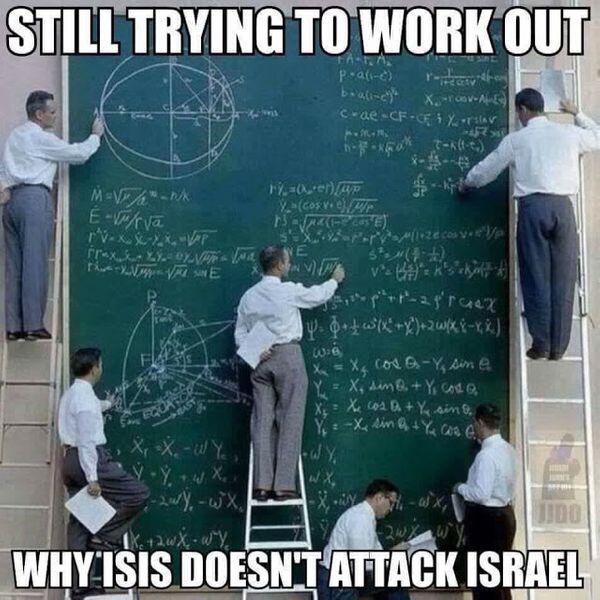 HOLOCAUST: The Holocaust was the World War II genocide of the European Jews. Between 1941 and 1945, Nazi Germany and its collaborators systematically murdered some six million Jews.
https://en.wikipedia.org/wiki/The_Holocaust

GENOCAUST: The Genocaust is the centuries-old genocide of Gentiles (non-Jews) by Jews through war, usury and The Jewish Swindle. Over the past 2 centuries, Jewish-inspired wars have killed more than 100 million Gentiles throughout the world. In addition, millions of Gentiles have lost their lives from complications brought by the effects of Jewish usury and The Jewish Swindle.

ANTISEMITISM: Antisemitism is hostility to, prejudice, or discrimination against Jews (by Gentiles). A person who holds such positions is called an antisemite.
https://en.wikipedia.org/wiki/Antisemitism

ANTIGENTILISM: Antigentilism is hostility to, prejudice, or discrimination against Gentiles (by Jews). A person who holds such positions is called an antigentile.

There are hundreds of organisations that fight against antisemitism, and NONE that is dedicated to fighting against antigentilism.

This is pure discrimination against Gentiles.
Top

“Arnon Milchan is a Hollywood billionaire movie producer born in Israel, well known for such films as Pretty Woman and Bohemian Rhapsody.

“Milchan was an active Israeli spy in the U.S., working for the Mossad technology theft division referred to as LEKEM. The Mossad frequently uses so-called sayanim in its espionage, which means diaspora Jews that it recruits on the basis of a shared religion or concern for the security of Israel. The threat coming from Israeli Embassy operatives inside the United States is such that the Department of Defense once warned that Jewish Americans in government would likely be the targets of their intelligence approaches.

“President John F. Kennedy had tried to stop the Israeli nuclear weapons program but was assassinated before he could end it.”
https://russia-insider.com/en/no-conseq ... ts/ri27432
Top 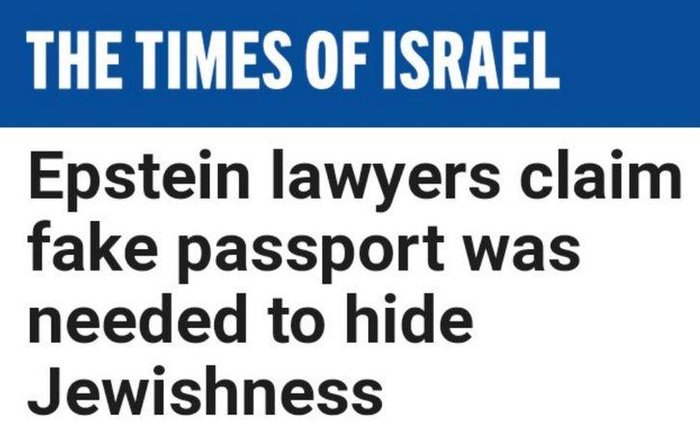 “Jews have been at the forefront of the fight for LGBTQ” https://www.timesofisrael.com/9-jewish- ... ould-know/
Top

Jesus Christ addressing Jews: "You are of your father the devil, and your will is to do your father's desires. He was a murderer from the beginning, and does not stand in the truth, because there is no truth in him. When he lies, he speaks out of his own character, for he is a liar and the father of lies."
John 8:44 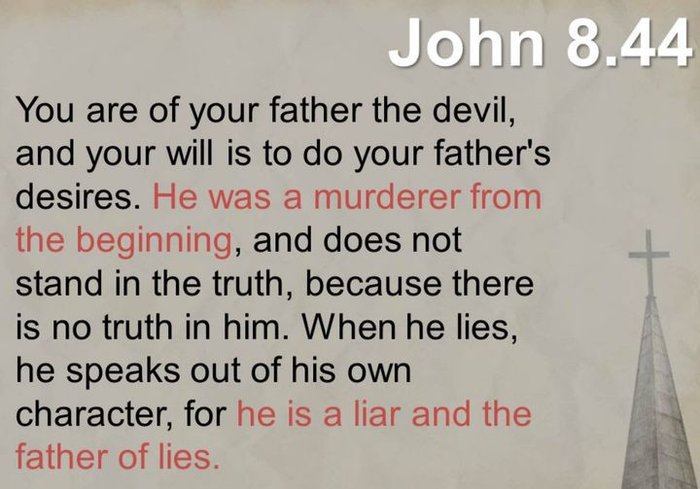 “Over the last 2 years, Israeli spies may have planted cell phone eavesdropping devices near the White House and other “sensitive locations” around Washington, DC, according to a recent explosive report.

“The devices – commonly known as ‘StingRays’ – were first discovered by the Department of Homeland Security in 2018, Politico reports. They can trick cell phone towers into revealing location data and other identifying information, as well as the content of phone calls.

“They were likely planted to listen in on the communications of President Donald Trump and his closest aides, a former official told Politico.

“In one comical, if not disconcerting, episode during Clinton’s reign – recounted by Newsweek’s Jeff Stein – a Secret Service agent on then-Vice President Al Gore’s security detail said that during a sweep of the VP’s hotel room, he heard a “metallic scraping sound” coming from the ceiling. To his shock, a man soon came crawling out of a heating duct into the hotel room – an Israeli spy.

““He kind of coughed and the guy went back into the vents,” the agent told Stein, adding that while he thought the incident “crossed the line” for behavior befitting allies, the Israelis faced no consequences.”
https://www.rt.com/news/468708-israel-s ... ite-house/ 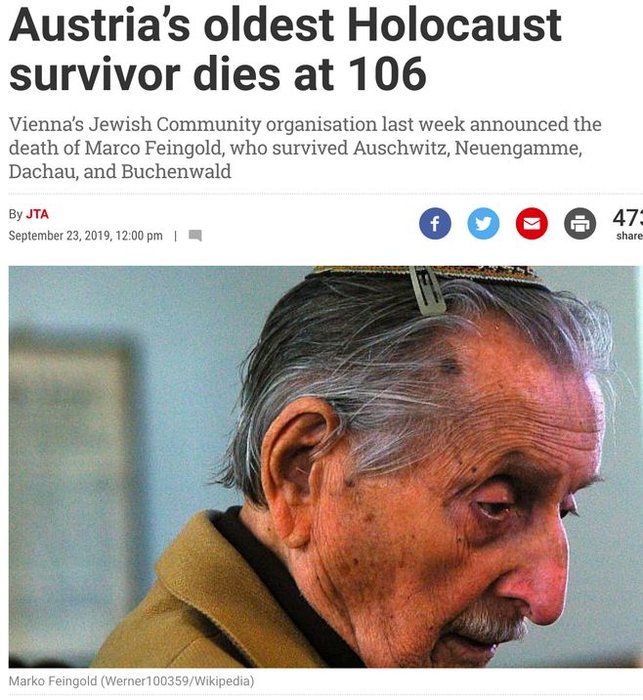