Are Some Senior Govt Officials Sabotaging the President?

Are Some Senior Govt Officials Sabotaging the President?

The government has ordered 500 beds from two local artisans in order to boost admission capacity in public hospitals, currently under pressure from Covid-19-related cases.

In a statement, the secretary of the President’s Delivery Unit (PDU), Mr Andrew Wakahiu, said after assessing the quality of the beds made by Mr Mungai Gathogo, 26, and Mr Joseph Muhinja, 35, who are based in Githunguri, Kiambu County, the government decided to order the beds from them.

Mr Wakahiu said the two have a month-and-a-half to deliver the beds following President Uhuru Kenyatta’s personal intervention. He said their beds retail at around Sh65,000 each, compared with Sh85,000 for the cheapest available import…

Mr Wakahiu said the beds will be subjected to Kenya Bureau of Standards (Kebs) protocols on their suitability for hospital use.
https://www.nation.co.ke/kenya/news/two ... ds-1808070

Problem? There were 2 sets of artisans featured on social media, each with their locally-made hospital bed.

The right thing would have been to first send the beds to KEBS, then let KEBS state which set of artisans’ beds were best suited for hospital use. Or, let the two sets of artisans share the deal half-half.

When I saw this story, I knew Kenyans on social media would exploit it to claim favouritism and other ’isms.

Does it mean that the officials who advised the president about this matter do not understand Kenyans?

Then such a person shouldn’t hold such a position, for he/she can easily divide Kenyans and make them fight among themselves. 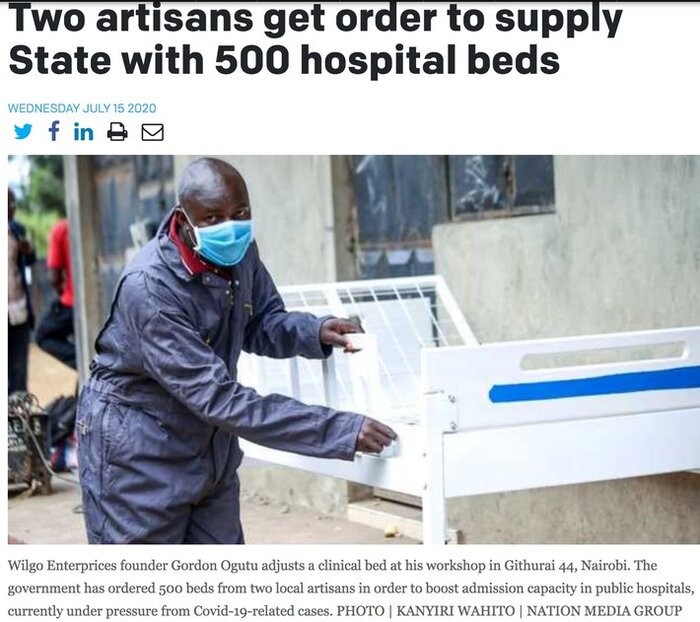